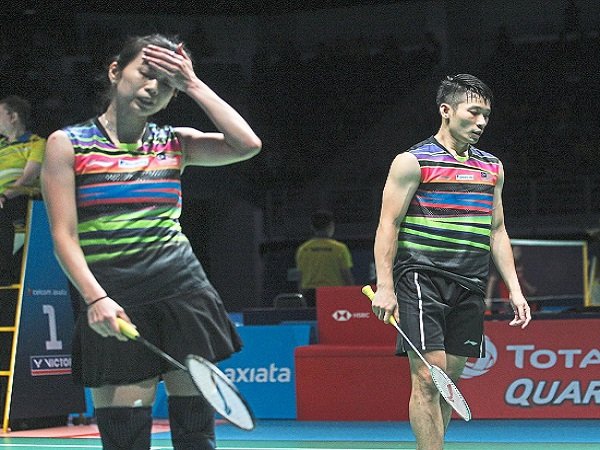 Veteran and partner Cheah Yee See and ninth-ranked independent duo Tan Kian Meng/Lai Pei Jing are the two mixed duos named to the squad for the Commonwealth Games in Birmingham from July 28-August 8.

Individual titles have so far proved difficult for Peng Soon whose best achievement was a bronze medal at the last edition of the Gold Coast 2018 with Goh Liu Ying.

This time, the 34-year-old is hoping for a lucky third as Yee See will be his third Commonwealth Games partner after Liu Ying in 2010 and 2018 and Lai Pei Jing in 2014.

Chan Peng Soon and Yee See formed a partnership earlier this month and have played in two tournaments so far, Indonesia Masters and Indonesia Open 222.

“I am very happy and proud to be participating in my fourth Commonwealth Games. Of course, I want to finally get gold with Yee See,” he said.

“We feel more confident for the Olympics after beating England’s world number 11 Marcus Ellis/Lauren Smith at the Indonesia Open. They will be one of our main challengers along with Kian Meng/Pei Jing, who are the top seeds. We also have to watch out for Satwiksairaj Rankireddy-Ashwini Ponnappa from India (#27) and Terry Hee/Tan Wei Han from Singapore (#39),” explained Peng Soon.

In Birmingham, they will face Kian Meng/Pei Jing for a place in the mixed team event.

Currently, players are preparing for the Malaysia Open from June 28 to July 3.