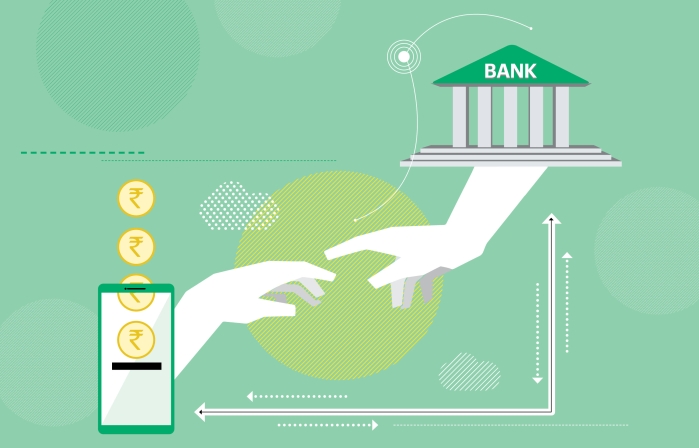 A classic case is that of Mswipe — the nation’s leading point-of-sale (PoS) provider — which “has never been a competitor to banks,” but as CEO Ketan Patel puts it, collaborating with banks could evolve into a whole other animal. Mswipe will continue to operate its core business of investing in physical capital and labor, but partner banks will get more checking accounts and float money (from merchants), even as they improve their ability to cross-sell other products.

But then what happens to Mswipe’s traditional PoS business?

“It will transform into a one-stop shop for payment acceptance, augmented by revenue-generating streams like micro-ATMs, buy-now-pay-later, and insurance, augmented by lending and checking accounts,” says Patel. Over time, Mswipe hopes to become an inventory management platform – with a few clicks, traders can know what’s selling and what’s not; and this data can be passed on to wholesalers and manufacturers. All the more so as barcoding has become almost mandatory. Over time, there won’t be many unsold items left on the shelves. And at a systemic level, this will lead to less reliance on working capital.

Join the dots, and what’s basically going on is an updated version of a trend that reared its head well over a decade ago. In 2008, Telenor acquired a 51% stake in Tameer Microfinance Bank in Pakistan; it obtained Telenor-Pakistan, a banking license to sell mobile financial services. In 2009, MasterCard, LG Telecom and Shinhan Cards joined forces to integrate “PayPass” (by MasterCard) into Korea Telecom, LG Telecom and SK Telecom networks. In 2011, Visa gobbled up South Africa’s Fundamo – a mobile finance company – for $110 million. You could say that was because in the new digital clutter, no one can beat anyone; and you team up with everyone so you don’t look like a big nobody. It’s partly true, but not that simple. What we’re talking about now is true-blue interoperability.

A classic case in this genre is PayCraft, which not many would have heard of. Founded in 2013, the company deals with payment cards for both offline small change payments in the transit segment and for routine retail purchases and spending. It was a key player in creating the interface for the National Common Mobility Card (NCMC). The problem was that every transit company had their cards, QRs, and cash ticketing models. The challenge was getting multiple government agencies to agree on a common method for ticket sales and payment. Who would hold the funds and who would settle accounts with the respective operators? There was no answer, nor was anyone willing to leave this to another operator.

“The problem seemed easy to solve provided we could bring the right technology and then work with the payment systems and banks. The thought was simple: “If I can use an SBI-issued card at any ICICI Bank merchant, why can’t I use my Delhi Metro card to pay for my bus ticket in Mumbai?” says Ambarish Parekh, the Chief Experience Officer the company. After all, such interoperability in the networks of Visa and MasterCard has been fashionable in the retail world for decades.