Brigitte Macron is perfect on the Elysée: her smooth silhouette is smoothed by her Vuitton dress and stiletto heels 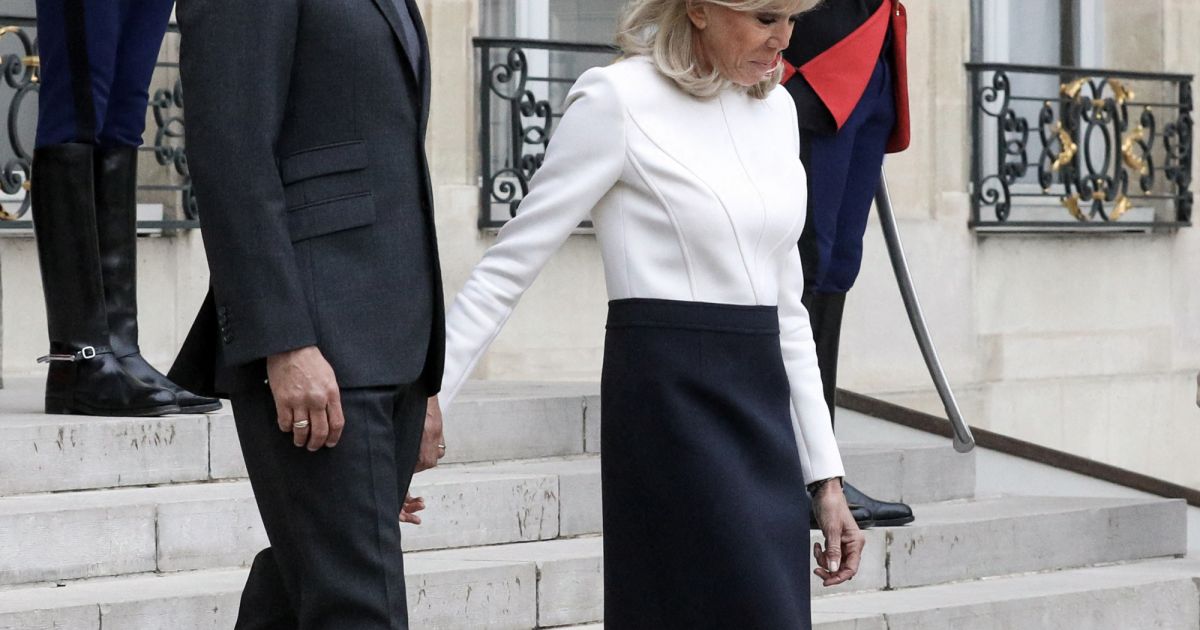 On 4 May 2022, the President of the Republic received the visit of Indian Prime Minister Narendra Modi at the Elysée Palace. The latter is making his third visit to France since 2017, while Emmanuel Macron traveled to India once in March 2018. On a tour of Europe, the Indian leader is looking to strengthen bilateral partnerships, particularly in trade, energy and sustainable development. The two leaders reaffirmed their desire to intensify “France-India strategic partnership, particularly in the Indo-Pacific spaceOn the steps of the presidential palace, the Indian politician was greeted by the French leader, but also by his wife, Brigitte Macron. Once again, her elegant appearance did not go unnoticed.

On the steps of the Elysée, Brigitte Macron, 69, was chic in a two-tone dress from her favorite house, Louis Vuitton, with pumps. Notice the stitching details at the top, the navy blue presidential skirt to match her husband’s coat and flag, and the gold ruffles at the back which can be appreciated in the photos by the president’s official photographer, Soazig de la Moissonnière. The latter also captures a new moment of the pair’s engagement and tenderness, emerging more united than ever from this brief but intense second election campaign.