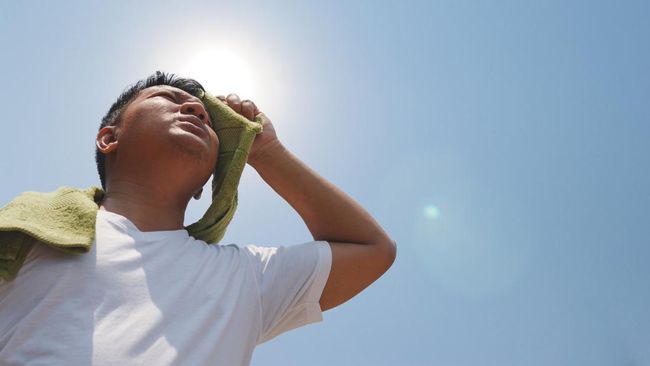 Hot temperature High rates have occurred in a number of countries lately, such as Indonesia and India, prompting local experts to compare them.

The Meteorology, Climatology and Geophysics Agency (BMKG) compared the high temperatures that occurred in the territory of Indonesia and India, while revealing the cause.

Hot and cold temperatures have been felt by people in several parts of Indonesia since the beginning of May 2022. This condition has led some people to associate it with the heat wave that occurred in India at the same time. moment.

Even so, the BMKG ensures that the hot temperatures in Indonesia do not fall into the category of heat waves like in India.

“The occurrence of heat temperatures in Indonesia is not classified as a heat wave like in India because it does not meet the definition of extreme weather events by the World Meteorological Agency (WMO), which is an anomaly of 5 degrees warmer than the climatological mean maximum temperature in one location and lasted at least 5 days,” said Plt. Urip Haryoko, BMKG Deputy Climatologist, in a BMKG statement.

In the climatological analysis, most of the air temperature observation sites in Indonesia show two peaks of maximum temperature, namely in April/May and September. It is said to occur due to the influence of the apparent position of the movement of the sun and also the predominance of early sunny weather or the peak of the dry season.

“However, the temperature anomaly which is warmer than several other regions in Indonesia indicates another factor that amplifies the peak air temperature period,” he explained.


Causes of high heat in Indonesia and India