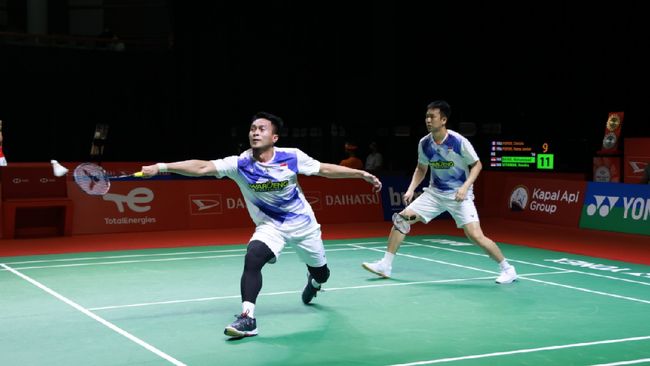 Mohammad Ahsan/Hendra Setiawan go to the tournament India Open 2022 which is the first tournament of the 2022 BWF calendar.

Ahsan/Hendra said they are still planning to participate in the Indian Open which will take place from January 11-16.

“God willing, it still hasn’t come back. The plan for the 7 [berangkat]“, Ahsan told CNNIndonesia.com.

Ahsan said his injury condition has improved. Ahsan had some serious problems during the 2021 Indonesia Open which took place in Bali.

Regarding the plans for 2022, Ahsan said they are still awaiting the PBSI’s decision on whether to summon the players to Cipayung National Training Center.

“At the moment all the players have been sent home and will wait for another call. So maybe we’ll see on the call-up later,” Ahsan said.

Ahsan/Hendra are currently the world number two in men’s doubles. They paired up after the 2012 Olympics and have become one of Indonesia’s mainstays over the past decade.

Ahsan/Hendra is said to have retired after competing in the 2020 Olympics which took place in Tokyo this year. However, Ahsan/Hendra later stated that they would continue their playing careers.