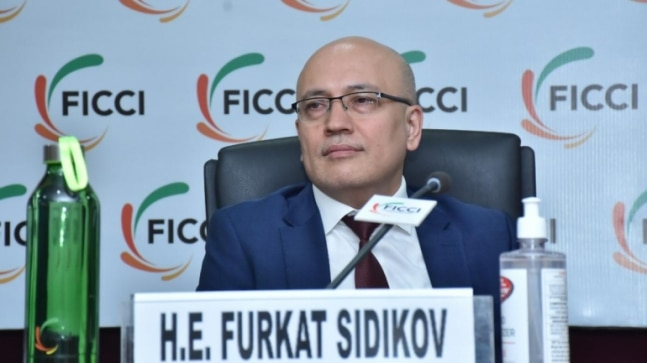 Uzbekistan’s Deputy Foreign Minister Furkat Sidikov said on Friday that Agra has huge business potential when speaking to the city’s businessmen on Friday.

Uzbekistan’s Deputy Foreign Minister Furkat Sidikov said Friday that Agra has huge business potential. He spoke to businessmen in the city after a meeting with the mayor. The meeting was held to understand the workings of the command and control center of the Agra smart city project.

He said it is clear that the current government is focused on developing tourism and footwear industries in Agra. He also spoke about the Uzbek government’s desire to establish business ties with Agra entrepreneurs.

Speaking to India Today, Furkat Sidikov said that the Uzbek government will make efforts to take India-Uzbekistan business to new heights. He added that Agra could hold a special place in attracting Uzbek businessmen to set up industries in the city.

The Uzbek minister and his delegation discussed investment opportunities with representatives of various companies. He said Uzbek businessmen are ready to come to Agra and invest in building big industries.

He spoke about the cultural and trade relations between India and Uzbekistan, which go back several centuries. Agra has several unique industries, such as marble handicrafts, shoes and zardozi, which are well suited to Uzbekistan.

Mayor Naveen Jain told India Today that the Uzbek minister appreciates the work behind the Agra Smart City and its command and control center.