This charming apartment in Courbevoie, a Parisian subway, is the owner and apartment Interior Designer Michelle’s “Little India” as he calls fondly it. A food processor having business ties in India for the past decade, has a lot of the things in the apartment bought in from India.

Most of the wooden furniture has been imported from Jaipur, India. It has traditional carving, very popular in furniture from India.

The furnishings are all from Rajasthan, India as well, while the Kettles which are on top of the cupboards have been painted by Michelle himself. 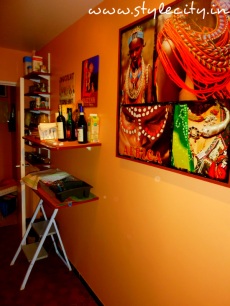 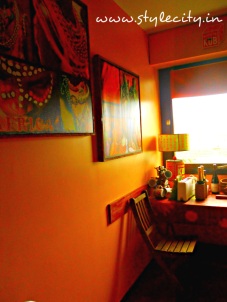 This delightful kitchen has a nice breakfast nook by the window and also a lot of photographs taken by the owner during all his trips around India.